X Items in my bag 0
0 $0.00
Checkout
Visit Our Buy Back Facility
Sell Your Watch | Find Out More

Family Run Business est 1996
Call us 020 - 8994 - 4567
Quick Contact form
inc vat ex vat
$
basket$0.000
0
MenuX
Contact Us
Our web site uses cookies so you can place orders and we can provide a better service. Continue to use the site as normal if you're happy with this, or find how to manage cookies. OK, got it 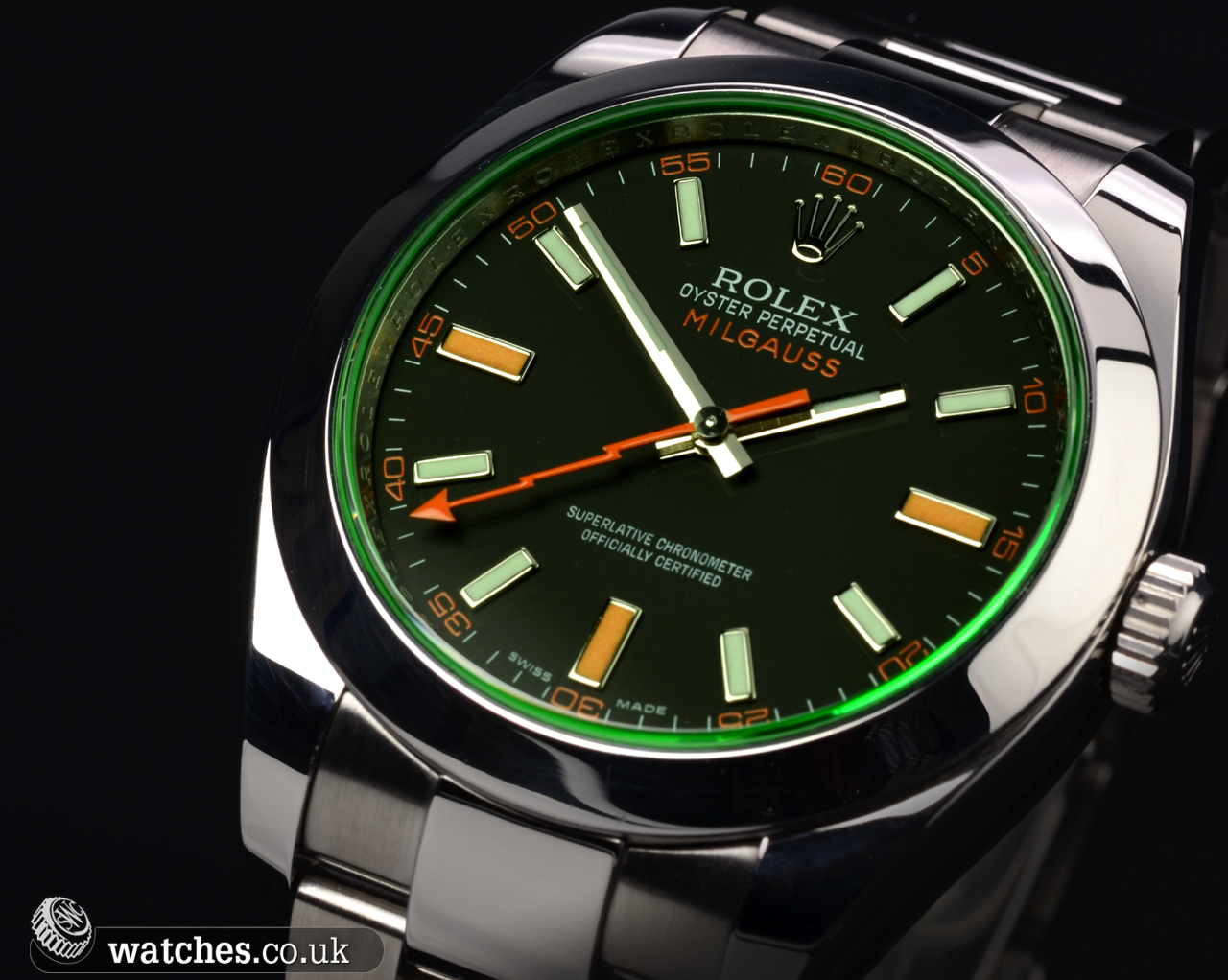 Introduced in 1954 with the model 6541, the Rolex Milgauss became one of the most desirable models for Rolex watch collectors.  A unique model to say the least  it was specially designed for people working in power plants, research labs and other areas of high magnetic conditions. Resistant to a magnetic flux density of 1,000 gauss, this watch is meant for those environments.The Rolex Milgauss was designed with the objective to serve a specific niche in mind, those people who had to work amidst strong electromagnetic fields. As electromagnetic fields fluctuate the accuracy of normal watches, Rolex designed a special watch equipped with a antimagnetic shield defend the mechanism against electromagnetic fields.Over the years there where various changes that took place in regards to the style of the hands. The early leaf-shaped hands were replaced by the more common Mercedes-style hands and the distinctive lightning bolt seconds. In the years at followed, they were again replaced by yet another new style stick-shaped hands.Model 6541: The first Milgauss model introduced in 1954. Its over-sized case, bezel, and dial were where of a comparison to that of the Rolex Submariner. It also featured leaf-shaped hands, a twin lock crown and riveted Oyster bracelet.Model 1019: This model was different from the previous model in that it exhibited a plain, smooth bezel in place of the Submariner's style bezel. Also, the iconic name "Milgauss" was engraved on the dial under the 12 o'clock position, where as the previous model it appears just above the 6 o'clock positionAlmost twenty years after this model had been taken out of production, Rolex decided it was time start its production all over again in 2007.The biggest draw to the Milgauss upon its re-release was its green sapphire glass and distinctive 1950s lightning bolt seconds hand making it instantly a hit with the public followed by a white dial non green sapphire glass model.Model numbers6541, 6543, 1019,116400.
[filename] 0%